Dandelion Root could be another great way we fight cancer as chemotherapy proves to be more and more toxic and is becoming less and less effective. And when I say Dandelion Root, yes, I mean the root of that inconsequential little weed growing in your yard. This little plant is packed full of nutrients and cancer fighting properties.

Numerous studies have now shown the great benefit of these little plants. They have proven to be a strong anti-oxidant, inducing apoptosis in cancer cells in pancreatic cancer, leukemia, breast cancer, prostate cancer and even drug-resistant melanoma. The root of the Dandelion contains high concentrations of Vitamin A as well as other important vitamins, and acts as a diuretic, cleansing the kidneys and liver. Other evidence has also shown that this little plant can also positively affect insulin secretion.

The dandelion, from dent-de-lion, which means "lion's tooth" in French, is native to Eurasia as well as South and North America, where it is regarded as a garden weed. The head changes from a soft white ball of fluff, which are actually the seeds of the plant, into a miniature golden yellow flower made up of separate stems sprouting from the center. And, as any child who has run through a field knows, if you pull off a dandelion's head, a milky substance that tastes quite bitter leaks out of the stem.

Perhaps grown children who still love this plant will not be surprised to learn that the ordinary dandelion root has recently earned biochemists from the University of Windsor major grant money — $217,000 to be precise — to study its effectiveness as an anti-cancer agent. According to CBC News in Canada, Professor Siyaram Pandey has been studying the anti-cancer potential of dandelion root extract for almost two years now.

In a study published in Evidence-Based Complementary and Alternative Medicine, Pandey explores a treatment of melanoma skin cancer made from a potent extract of dandelion root.

Melanoma skin cancer, which has become one of the leading cancer among adults ages 25 to 29 in North America, is oddly resistant to chemotherapy. Treatment, then, is limited to surgical excision of the primary tumor site followed by immunotherapy and mostly ineffective chemotherapy for metastasized melanoma. Not only do standard treatments often prove to be inadequate, but patients suffer harsh side effects, seemingly for nothing.

To meet the challenge of finding an effective and alternative therapy, Pandey and his colleagues recently investigated the effect of dandelion root extract (DRE) on human melanoma cell lines in vitro. Specifically, they prepared extracts of dandelion root using a variety of techniques, including filtration, lyophilization, constitution, and sterilization. After they prepared the DRE, they treated in vitro cells (A375 and G361 human melanoma cells, along with normal human fibroblasts — a common cell within the connective tissue) with the DRE, experimenting with different specific concentrations and time points.

What did they find?

The extract they had created targets the mitochondria, the site of cellular respiration, and generates reactive oxygen species, molecules which damage the cell. Although it is unclear which components of the DRE were active when successfully destroying the human melanoma cells, it clearly acted as a "natural chemotherapeutic agent that may be extended to other chemo-resistant cancer lines," write the authors.

Not surprising many would say, as a wide variety of cultures have long asserted the healing possibilities of dandelions or as they are known in Latin, Taraxacum officinale.

Dandelion Root's Use In Many Cultures

Certainly one recommendation of the dandelion as medicine is the fact that side effects are very rare. When the rare symptom does occur, it tends to come in the form of mild gastrointestinal upset, contact dermatitis, or diarrhea. Among Native American cultures, including the Iroquois, Ojibwe, and Rappahannock, the root is prepared with herbs to treat kidney disease, upset stomach, and heartburn. Meanwhile in traditional Arabian medicine, the dandelion is frequently used as a treatment for those illnesses that originate in the liver and the spleen.

Regarded as a detoxifying herb in the East, traditional Chinese medicine (TCM) combines the dandelion with other herbs for ailments ranging from digestive disorders to serious complications, including uterine, breast, and lung tumors. TCM also uses the dandelion to enhance the immune response during upper respiratory tract infections, bronchitis, and pneumonia.

Europeans commonly use dandelions in salad and frequently brew tea with the root. They identify the plant as a natural cure for gastrointestinal ailments, including upset stomach and loss of appetite. The Susan G. Komen foundation notes that the European Scientific Cooperative on Phytotherapy (ESCOP) recommend the root and leaves of the plant to restore liver function. They are supported in such claims by American naturopathic physicians who frequently incorporate the dandelion into therapies aimed at treating liver ailments. Naturopathic healers use the dandelion in a manner similar to TCM. Along with using it for general detoxification, its also used to reduce side effects from any medications that are metabolized (processed) by the liver.

With such a long and varied history as a healing agent, the dandelion has earned the attention it is currently receiving in the scientific community. Alternative healers and patients alike applaud the ongoing work of Panyey, and trust he will soon prove what they already believe to be true. 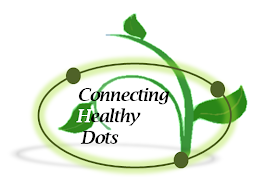 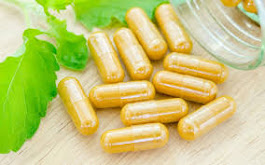 I am a Breast Cancer Survivor who devoted my life to researching cancer and developing a natural way to optimize my health. My hope is to share my knowledge and help others overcome their health issues, creating balance within the body.
CREATE A HEALTHY BODY BY CONNECTING THE DOTS!